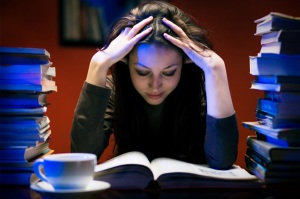 Every year tens of thousands of books with a religious theme are published with most of those being Christian. In 2005 about 55, 000 new Christian books were offered to the reading public and that number has wildly increased with the ease of publishing, due to scores of self publishing outlets, and the seeming continued hunger of readers. When you begin to think of all the Christian books that are available it astonishing. Amazon.com, as of a few moments ago, offers 475,022 titles that fall into the category, “Christian books”.

“All things are full of weariness;
a man cannot utter it;
the eye is not satisfied with seeing,
nor the ear filled with hearing.
What has been is what will be,
and what has been done is what will be done,
and there is nothing new under the sun.
Is there a thing of which it is said,
“See, this is new”?
It has been already
in the ages before us.”   (Ecclesiastes 1:8-10)

How can so much be said about the Christian faith? And, how valuable is it? There isn’t any “new truth” to be discovered.

Many of my preacher friends periodically list the books they have read on their blogs, are reading, or want to read. The subliminal message is that reading a large number of books lends credibility to the minister’s work. And, that may well be the case. It may also be true that the majority of what many congregations are hearing on Sunday morning is nothing more than a re-telling of some author’s opinion of a Bible text or Christian theme.

Most local churches searching for minister candidates now require that to be considered an earned degree from a Bible college or seminary is a must. I wonder how many talented, godly, humble servants are disqualified because of the lack of academics? Is a highly educated man more likely to be an effective minister of the gospel? Perhaps, but I am not convinced.

I include myself in this indictment… I think Christian books have become a crutch for lazy preachers. It is very convenient to choose a subject, find a book on the subject, read a chapter or two, and then give that to the people on Sunday. It is the difference between a microwave chicken pot pie and a real home cooked meal.

I must ask this question. Has the flood of  “Christian” academia resulted in more devoted Christians? And, are more people becoming Christians? I would say No and No. The divorce rate and every other category of sins are not far different between church folks and the un-churched. Sad but true.

I am not against Christian education. I have a little of it myself. I am against leaning on it too heavily. There is no substitute for an open mind and heart with an open Bible to find God’s truth. I think those earliest Christian ministers had it exactly right when they excluded themselves from what is most expected of ministers in today’s world when they said,

“But we will devote ourselves to prayer and to the ministry of the word.” (Acts 6:4)

I suggest that if our churches expected no more of their ministers, and if ministers expected no less of themselves, we would all be more healthy and useful in God’s redemptive work.

Arguably the most educated of all the ministers in the New Testament was the Apostle Paul. Academic achievement was way down the list on his priorities.

“And I, when I came to you, brothers, did not come proclaiming to you the testimony of God with lofty speech or wisdom. For I decided to know nothing among you except Jesus Christ and him crucified. AndI was with you in weakness and in fear and much trembling”. (1 Corinthians 2:1-3)

“Where is the wise? Where is the scribe? Where is the disputer of this age? Has not God made foolish the wisdom of this world? For since, in the wisdom of God, the world through wisdom did not know God, it pleased God through the foolishness of the message preached to save those who believe. For Jews request a sign, and Greeks seek after wisdom”. (1 Corinthians 1:20-22) (NKJ V)

A fair question at this point is “Royce, what is the point?” Keep first things first. Don’t lean too heavily on someone else’s study, do your own. Allow the Bible to speak to you. Spend time with the text, read it and re-read it, meditate on it, memorize it, and then when you are sure what God is saying to you, and you have adjusted your life to it, share it with others.

Finally, pray! “We will devote ourselves to PRAYER and the ministry of the word” are words to live by. I think more important than disciplined study, the best resources, the best study skills, and the best aptitude for homiletics, is the discipline of prayer. You will learn more about God on your knees than you ever will with a book in your lap.

Jesus wants us to be his “witnesses” to a needy world. A witness can only testify to what he personally knows. In my view far too many modern day Christian’s are relying way to much on hear-say evidence.