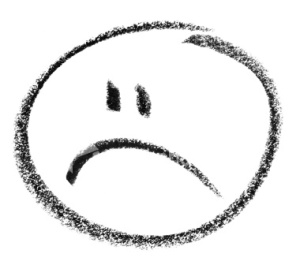 God wants you to be happy! This seems to be the prevailing teaching coming from today’s Christian preachers and teachers. Those who will follow Jesus are promised “a better life” by sincere people.

One of the most often quoted passages of scripture is this one.

For I know the plans I have for you,” declares the LORD, “plans to prosper you and not to harm you, plans to give you hope and a future. (Jeremiah 29:11)

This verse and others are often taken out of context and applied broadly so that people are led to believe that all God wants for them is a life of sunshine and butterflies.

The truth is that your life might get worse, not better, if you devote your life to Jesus. Consider this passage from Hebrews 11. Many people who consider this chapter to be the “hall of the faithful” have evidently never read the whole chapter.

Some were tortured, refusing to accept release, so that they might rise again to a better life.  Others suffered mocking and flogging, and even chains and imprisonment.They were stoned, they were sawn in two, they were killed with the sword.They went about in skins of sheep and goats, destitute, afflicted, mistreated— of whom the world was not worthy—wandering about in deserts and mountains, and in dens and caves of the earth. (Hebrews 11:35-38)

This is a description of people who were sold out to God, they were people of great faith, and great faithfulness. They were not “happy”.

When the great Apostle Paul received his commission to take the gospel to the masses this is what the Lord himself said about him.

But the Lord said to him, “Go, for he is a chosen instrument of mine to carry my name before the Gentiles and kings and the children of Israel. For I will show him how much he must suffer for the sake of my name. (Acts 9:15-16)

That Paul would suffer was as certain as that he would take the gospel to the masses. He was not told to expect happiness.

Fortunately, or unfortunately, we American Christians face little suffering because of our faith. In most of the rest of the world suffering is seemingly “normal” for believers. Frequently I read of Christians murdered in some far away country. What is their crime? They follow Jesus, that’s it.

You may be asking, “Why would you write a post like this?”. It is a good question and I’ll give an answer. Several months ago my wife and I and others were part of a class at church for new Christians. One of the participants was a young man with a very bad past. He had been a Christian for only a few months. He tearfully told our group that his wife had deserted him, he had lost his job, he was being evicted, and he had no transportation. Now for my reason for writing this post. He was convinced that somehow he had failed since things were not going as he thought they should. He was very unhappy! I explained to him that his relationship to God is not conditioned upon how well he performs. We cannot measure our standing with God based on day-to-day circumstances.

This young man is typical of tens of thousands who have been taught that God wants his people to be happy and when you are unhappy it’s a sure indication you have failed or that God is not pleased with you at the moment. Each of us follows Jesus imperfectly. God’s love is “unconditional”. He is not fickle as we humans are. He does not turn his love on and off based on how we respond. We very often bring trouble on ourselves by making poor choices and acting in ways that are against God’s instructions but we can’t blame the results on God. Even our mistakes, yes, even our sins will be used by God for our good. We most likely can’t even begin to see the good at the moment but we must trust what God has promised. The life we live is a life of faith. Faith says “What God has promised is true no matter what I am presently seeing with my eyes and hearing with my ears. He will do what he promised”.

Dear friend, cling to God with all your might in the middle of your darkest night. When hard times come, (and they will come), instead of questioning your own performance and questioning God’s love for you, rejoice! Trouble in the life of a faith-follower of Jesus is a reminder of his love! You can confidently take God at his word.

Yes! It seems clear that Jesus commissioned Saul of Tarsus (Paul) to make Him known and to suffer. This two-fold ministry is outlined in Acts 9. God speaks to Ananias saying:

15But the Lord said to him, “Go, for he is a chosen instrument of mine to carry my name before the Gentiles and kings and the children of Israel. 16For I will show him how much he must suffer for the sake of my name. (Acts 9:15,16)

God’s plan for Paul from the beginning was that he should carry his name and suffer greatly along the way. And, Paul completely understood this calling.

In his second letter to the Corinthians Paul gives this snapshot of his life.

This is hardly a description of the life of a minister of the gospel of Christ according to popular teaching today. The common teaching is “God wants you to be happy”, “Your best days are ahead”, and even that you should expect perfect health and have financial success. What hogwash!

For a Christian, suffering is not a bad thing, it is a good thing, provided you are suffering for the cause of Christ. Paul referred to his manifold troubles as “light and momentary” and meaningless compared to the glory that awaits at Christ’s coming.

Peter advised this response to troubles for the cause of Christ.

12Beloved, do not be surprised at the fiery trial when it comes upon you to test you, as though something strange were happening to you. 13But rejoice insofar as you share Christ’s sufferings, that you may also rejoice and be glad when his glory is revealed. ( 1 Peter 12,13)

What about suffering that is not for the cause of Christ? I think we should have the same attitude knowing full well that our God who loves us is for us and in His infinite plan is working everything together for our ultimate good. (Romans 8:28)

In both suffering for Christ and all other suffering we are to be people of faith. We are to unshakingly trust the promises of God while looking for our Saviour from heaven.

Yes, some are chosen to suffer for Christ and the gospel and others are to face other suffering with faith and rejoicing so that a watching world is pointed to Jesus by whose stripes they too can be healed.

A scan of the religious TV channels and the usual programing would lead you to believe that if you are a good Christians, giving those $1,000 checks of seed money, that life is smooth sailing. They promise everything from supernatural debt cancellation to a get out of jail free card.

Unfortunately, it is not only the gullible audiences of the “name it and claim it” preachers with bad hair who buy into the idea that faith in God is a ticket out of trouble. Does anyone read the Bible? Let’s see now…. Oh, remember Jesus? He was the best of guys and the most religious folks in town demanded that he be executed. So, a typical, spineless politician bowed to the pressure of the latest poll and he was crucified.

Sometime read the 11th chapter of Hebrews (that is in the Bible..) and learn about the people of faith down through history. They were commended as righteous because they took God at his word, like Abraham and Sarah. They stopped the mouths of lions and women had their dead raised back to life, and more….

But, there is more…

“Some were tortured, refusing to accept release, so that they might rise again to a better life. Others suffered mocking and flogging, and even chains and imprisonment.  They were stoned, they were sawn in two, they were killed with the sword. They went about in skins of sheep and goats, destitute, afflicted, mistreated— of whom the world was not worthy— wandering about in deserts and mountains, and in dens and caves of the earth.” (Hebrews 11:35-38)

I have an idea! Why don’t I start a TV show promising these things for those who follow God in faith? How popular would that be? But, there is the inspired record. Following Jesus, living by faith, has absolutely no promise of good health, perfect kids, a steady job, or a lack of big time trouble.

The myth is only that, a myth. The evidence of faith in God is not the absence of trouble, but it is peace and joy in the midst of it. So, don’t beat yourself up when the doctor tells you it’s cancer, or you get that dreaded call in the night.. You likely haven’t done anything wrong, it’s just life, and life isn’t fair.

One of the best Christians who ever lived was the Apostle Paul. He was beat up, run out-of-town, ship wrecked, and on and on. He had plenty of troubles including spending years in prison. He saw the big picture! He called his troubles “Light and momentary”. How is that for a good attitude?

So my friend, when the rain doesn’t come and the crop dries up, when you lose your job and your house, and Mom might not make it ’til tomorrow night, keep believing in God. Keep walking by faith. There is something better coming.

We must be like Abraham who was looking for a place to live not made with human hands. This life is only a dress rehearsal, the eternal show starts some tomorrow. Keep you chin up and your trust in Jesus, the hard times don’t compare to the glory that awaits. I’ll promise you this, you might not be delivered out of all your troubles but, God will be in your trouble with you. When its your turn to be thrown into the furnace or the lions den, don’t worry, God will be right there with you in the middle of your worst difficulty. You just have to acknowledge his presence.